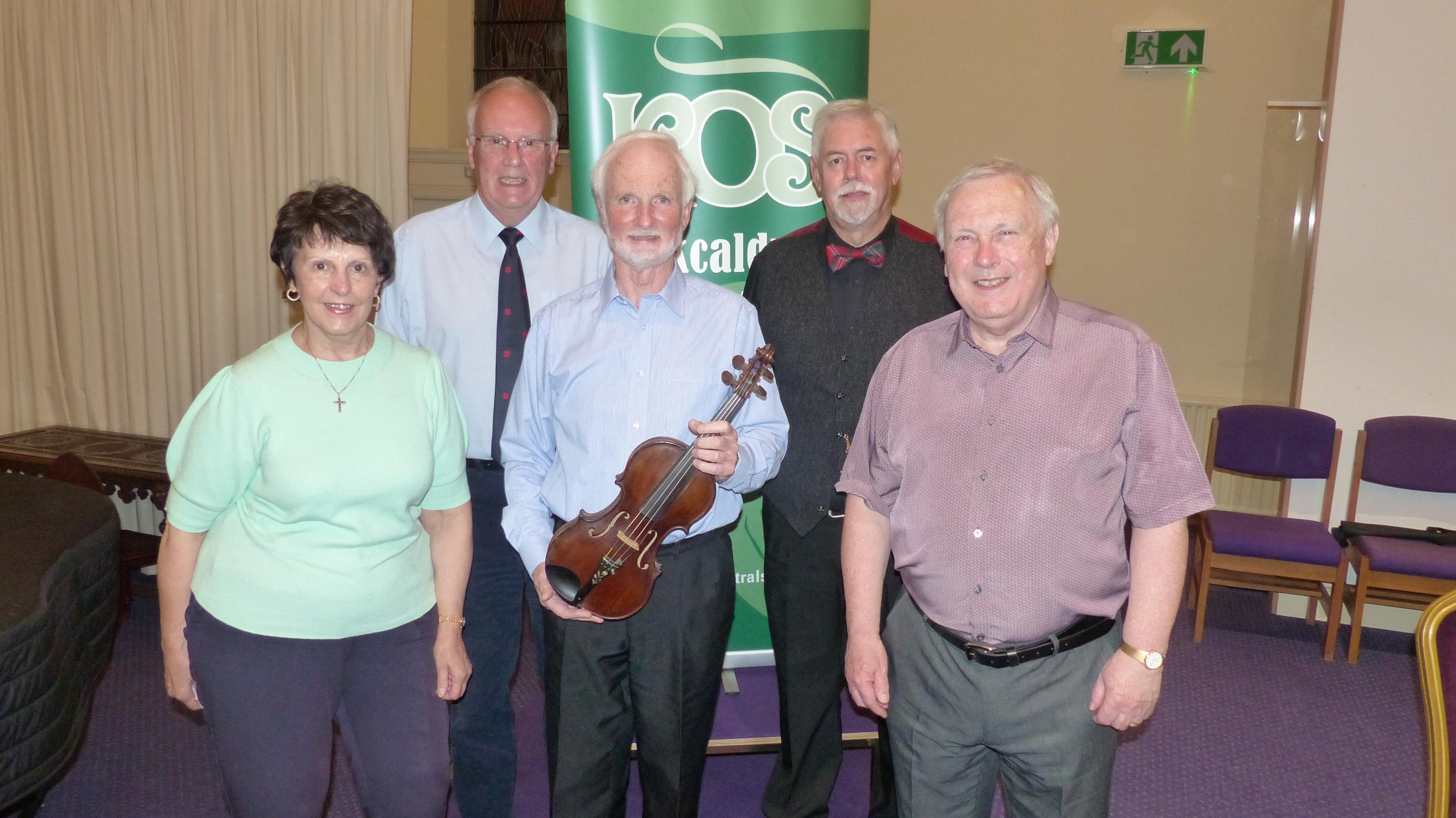 Just as a dog is not only for Christmas, Remembrance should not be confined to one day in November, writes Graeme Wilson, Musical Director and Conductor of Kirkcaldy Orchestral Society.
The whole point of Remembrance is to honour and retain the memory of countless military and other associated people who have given their lives for the safety and security of others. Modern services and acts of remembrance tend to be about those who have died within the lifetime of those of us remembering rather than about recalling conflicts of long ago. WW1 still features strongly in our minds and hearts. Remembrance time highlights the selflessness and bravery of very many unknown and named soldiers such as Private Robert Dunsire VC, who was born in Buckhaven but was a son of Fife.
Bert Hannah’s research over 8 years has taken him from Dunsire’s birthplace to France and back and has help raise the awareness of the young Fife soldier, his bravery and his early death within WW1.
Dunsire was only 24 when he was killed in France in 1916, only a short time after he was awarded the Victoria Cross for bravery in the face of enemy action. As a young man, he was an accomplished musician. In his local area he played violin in local groups as The Dysart Gospel Temperance Orchestra and the Buckhaven PSA (Pleasant Sunday Afternoon) Orchestra and played cornet, along with his brother John, in the Dunnikier Colliery Band.
In early 1916 a song, ‘Private Dunsire VC’, was written and composed about Dunsire, words by Felix Slevin and music by Gordon Mackenzie. “….He was only a humble miner, But he heard his country’s call”.
Bert Hannah brought the song to the attention of Graeme Wilson, Musical Director and Conductor of Kirkcaldy Orchestral Society (Fife’s Community Orchestra). As Bert prepared his research and work for the website dedicated to Dunsire’s memory, he looked to have music included.
Robert Dunsire had taken a violin with him when he enlisted and went off to training in the south of England. He would play to his fellow trainees in rest periods as they prepared for trench warfare. Unfortunately, that instrument went missing in transit home. During his short furlough at home before he received his medal at Buckingham Palace, Robert was presented with a replacement violin, one made by Kirkcaldy joiner and woodworker Peter Berry. A few years ago, that very violin turned up in a Dundee sale-room and when its provenance came to light, it quickly landed up at the door of David Rattray in Kirkcaldy, a stringed instrument maker and expert of international repute. David restored the violin to playing condition and it was first heard under the guise of its newfound connections at an event at Kirkcaldy Galleries in 2019 when KOS Leader, Vince Gray, played it.
Graeme Wilson used the Dunsire violin to record an instrumental version of the song to give greater exposure to the violin. The music has now been orchestrated by Dunfermline composer and KOS musician John Gourlay and works very well as a march. The first performance in that format was given by Kirkcaldy Orchestral Society on October 5th 2021 at the opening concert of KOS’s 2020/21 season in Kirkcaldy’s Old Kirk. At the concert, Bert Hannah gave a short talk about the hero Dunsire and the musical connections, placing context the music performed.
Later in the year, the orchestra will record the instrumental version for the website. There is also a plan for the Langtoun Singers to record the music in its proper format of a song. It is hoped that these musical contributions will provide fitting musical tribute to Private Dunsire VC and to the work of Bert Hannah.
As a footnote of local educational interest, the recordings will be made by a senior student from Auchmuty High School along with the Principal Teacher of Creative Industries there, Craig Cuthbertson. For a couple of years, KOS has provided a live source of recording opportunities for Auchmuty HS students undertaking their SQA Advanced Higher Sound Engineering practical tests.
The attached photograph shows Dunsire’s living family relatives with Vince Gray, Bert Hannah and composer/arranger John Gourlay. R to L – John Gibb (Dunsire’s great nephew), John Gourlay, Vince Gray, Bert Hannah, Margaret Gibb.